Some physicists are convinced that they will eventually be able to formulate a theory that will link all the existing theories about the basic forces of the universe – electromagnetism, nuclear forces, and gravity: a “Theory of Everything” . . . 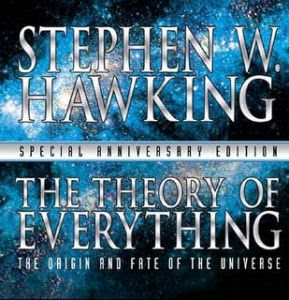 A Theory of Everything! Wouldn’t that be great,
If only it could be attained?
You’d put in the numbers and, after a wait,
The universe would all be explained!

But a theory must always be proved, so you make
Observations to try to reject it;
For as long as you do that and find no mistakes
You can use it – but always suspect it.

The basis of theories can only be what
Has frequently happened before:
If you see something happening the same way a lot,
You can formulate it as a ‘law’.

Yet, however consistent your law seems to be,
Remember it’s based on the past;
Don’t ever confuse it with reality –
That problem is simply too vast,

Your brain’s not equipped with the bits it would need
For such metaphysical stuff.
Your theories will work for you, that I’ll concede,
But somehow they’re not quite enough . . .

This entry was posted in GeoVerse and tagged Brain, Physics, Reality, Science, Theory of everything. Bookmark the permalink.