The Tethys ocean was created when the giant supercontinent of Pangaea split apart into Laurasia and Gondwana. But, as tectonic forces did their thing, it closed up again until eventually Africa collided with Europe, and India with Asia. The collision scraped parts of the Tethys oceanic crust off onto what is now Tibet; and the colossal crustal crunching lifted up not only sections of sea-floor, but the even deeper upper layers of the mantle (below the Mohorovicic Discontinuity, or Moho) to such a degree that they can now be found exposed in the Troodos mountains of Cyprus. Prof. Dorrik Stow has studied them. 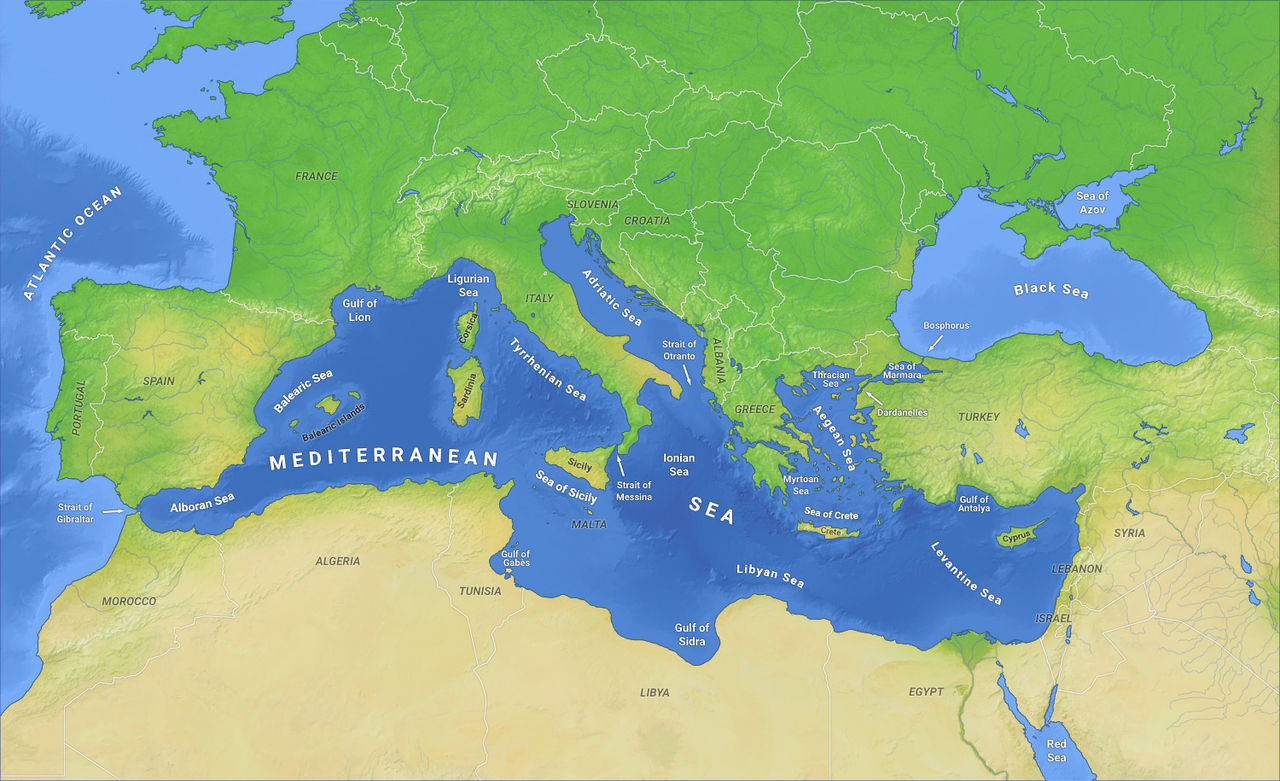 See the Mediterranean Sea?
Well, that’s all there is left now of me.
I once was so whopping
You could sail without stopping
Right round this great globe, fancy-free.

But the Earth, with its turbulent core,
Thought the land ought to break up some more,
So its darned plate tectonics
Disturbed my planktonics
And subducted my massive sea-floor.

Thus, Laurasia and Gondwanaland
Came to blows; but they couldn’t withstand
The colossal collision,
Which caused the abscission
Of sea-floor high up onto land.

You can see it there now, on display
In Tibet: it’s eroding away
In voluminous rivers
Whose transport delivers
Its sediment down to the bay.

And in Cyprus, I happen to know,
Deep rocks have been raised from below
With my sea-floor on top
Of a mantle outcrop
(Which means that the Moho’s on show).

So I’ve paid a great price, as you see:
Demoted from Ocean to Sea,
I have shrunk to a puddle,
My rocks are a muddle.
“How the mighty are fallen” – that’s me.