It’s a battlefield out there in the garden. You think you’re growing food or flowers for yourself, but other lifeforms have the impression that you’re serving up juicy fresh greens for them to dine on. Alan Titchmarsh, a television gardener credited with having introduced a certain American style of hard landscaping to the English scene, may have an answer. . .

All those seeds I bought last springtime, in their multicoloured packs,
Looked so utterly enticing as they hung there on the racks:
Pretty pictures on their fronts, and full instructions on their backs.
So I sowed them in the greenhouse with the heat turned up to ‘max’.

I’d read a lot of gardening books in search of expertise,
And used some sterile compost so they didn’t get disease.
They germinated quickly, making little plants with ease
Which looked healthy when I pricked them out in ones and twos and threes.

Eventually, I planted them according to my plan:
I lined them up in nice straight rows, all looking spick and span,
Then firmed them in and drenched them with my bright green watering can.
But then the trouble started, as the air assault began.

Whole squadrons of fat pigeons in formation filled the sky,
All targeting my seedlings. Well, I couldn’t just stand by
And watch them all get pecked to bits, I’m not that sort of guy;
So something drastic was required, or else their end was nigh.

Wire netting, folded lengthways, seemed to do the job okay:
It kept the pigeons off my plants. But, as they flew away,
I saw the ground troops moving in – no blitzkrieg army, they,
But slow and slimy slugs and snails who’d come to join the fray.

With time to think, I contemplated what should be their fate:
Geneva’s War Conventions all prohibit poisoned bait,
So beer traps it would have to be – p’raps six, or seven, or eight?
It took some time to buy the beer. . . and then it was too late:

They’d marched straight past the beer traps, where I’d planned they should have drowned,
And razed the soft green shoots I’d planted, right down to the ground.
It’s time for counter-measures; can a remedy be found
Before it’s all repeated when next springtime comes around?

I’ll ring up Alan Titchmarsh: “How d’you stop these pigeons pecking,
And all these slugs and snails and things from absolutely wrecking
My handiwork?” “Ah, yes,” he’ll say, “hang on, I’m just re-checking. . .
Thought so – it’s really simple: cover all your soil with decking.” 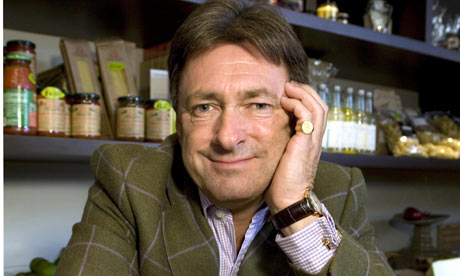