It’s 2007, and local mothers-to-be are wondering how far they’ll have to travel when the time comes, now that NHS maternity services have gone from nearby Crawley Hospital and are likely disappear from the Princess Royal Hospital at Haywards Heath. The West Sussex Primary Care Trust (PCT) is consulting on three options for relocating them, but they all seem a long way from Horsham. . .

The journey to maternity
Is looking like eternity –
No unit left on Crawley’s soil,
And closure planned at Princess Royal.

It will be safer then, you see,
According to the PCT,
Whose options are for distant birthing:
Redhill and Brighton; maybe Worthing.

But if your baby’s in a hurry
And there’s no time to reach East Surrey,
You’ll have to do the best you’re able.
So how about a birthing stable? 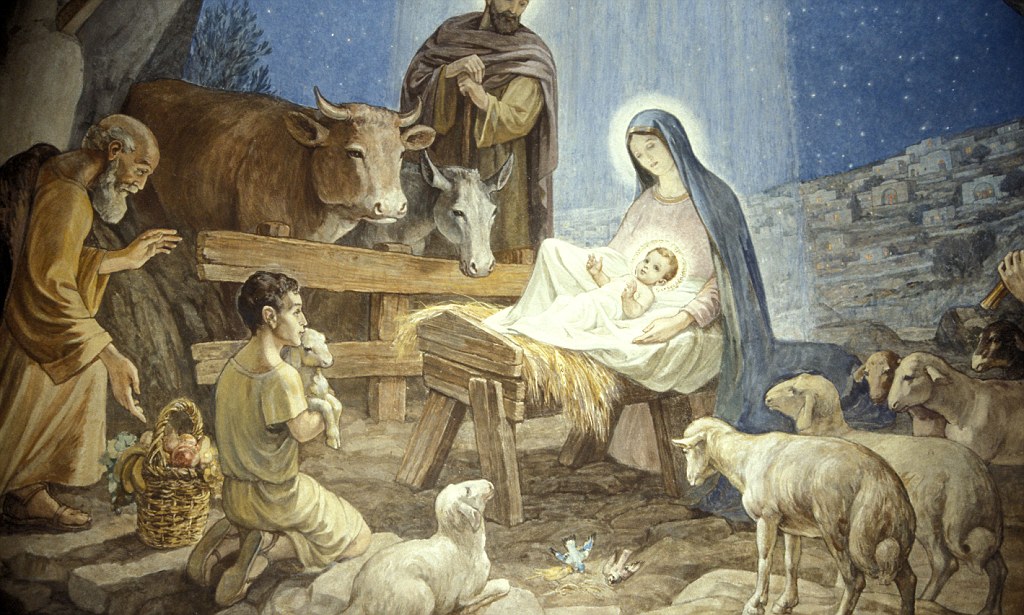 It happened once before, I’m told,
When visitors brought myrrh and gold.
But risk assessments were not done
For what they said was God’s own Son;

And birth contractions in a hovel,
Obstetrically, though rather novel,
Are ill-advised. A better plan:
Move house to Redhill while you can.

That way, your baby’s free from dangers
Lurking in those messy mangers.
For stable births are pretty scary –
Unless, of course, your name is Mary. . .

This entry was posted in GeoVerse and tagged Horsham, Pregnancy. Bookmark the permalink.