The Rime of the Ancient Astronaut

A remote-sensing instrument on India’s Chandrayaan-1 mission has found water on the Moon. It confirms suspicions previously raised by results from the Cassini and Deep Impact probes But it’s not water as we know it, but ‘molecules of water and hydroxyl (hydrogen and oxygen) that interact with molecules of rock and dust specifically in the top millimetres of the moon’s surface’, or very fine films of water coating the lunar dirt particles. 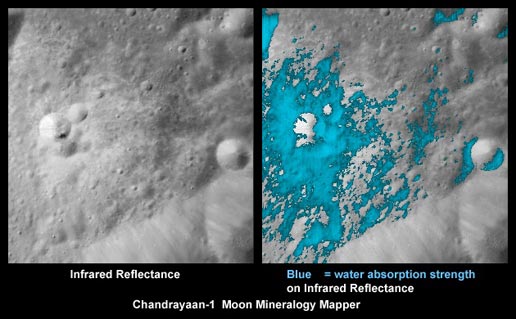 On the Moon they’ve found some water,
But it’s locked into the dust,
So you’d need to scrape the molecules
From the regolithic crust.

The problem has been aired before,
By Coleridge, I think:
“Water, water everywhere,
Nor any drop to drink.”

This entry was posted in GeoVerse and tagged Astronomy, Moon. Bookmark the permalink.