On their geological map of the Horsham area, the rascally folk at the British Geological Survey have designated the subsoil below my back garden as “Tunbridge Wells Sand”, even though it includes a range of deposits, some sandy, some clayey. Having recently encountered it with a spade, I felt I should write to complain. This is a draft. 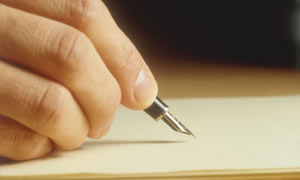 Dear Sir or Madam, I write
To complain of the term you apply
To the subsoil that’s under my house.
I would value an early reply.

I wish to report a misnomer
Of the sort that ought to be banned.
I refer, with respect, to the stratum
That your map labels “Tunbridge Wells Sand”.

Now, I know what sand looks like and feels like,
For I lived by the sea in my youth.
How dumbfounded I was to discover
That your term was so far from the truth!

I have just dug a hole in my garden,
Quite deep, for a new soakaway.
What I found, when I’d shifted the topsoil,
Is what anyone else would call clay.

Well, if Tunbridge Wells folk think that’s sand,
I will happily let them all play in it.
They can jump in the hole in my garden
And make their “sand” castles all day in it.

Grinstead and Wadhurst and Weald:
They’re all clays with their own local name.
So why can’t the stuff that I found
In my garden be treated the same?

Let Tunbridge Wells keep its own Sand,
Then that name will be honest and true;
And the layers of clay in between
You can set about naming anew.

You have put Horsham Stone on your map,
So now, Sir or Madam, I pray
You’ll amend and re-draw all your charts
To identify our “Horsham Clay”.

I await your reply with great interest
For I trust we can strike an accord on
This name that’s so long overdue.
I remain, yours etcetera, Gordon.