A trolleyhog is a sub-species of supermarket shopper which has acquired an evolutionary advantage by impeding the hunting-gathering activities of others. 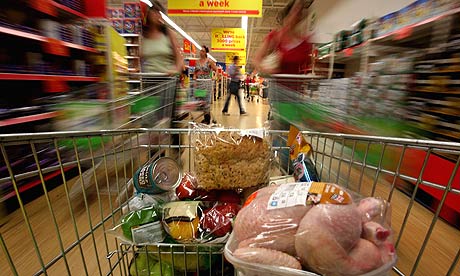 Trolleyhogs are trouble: they are crafty, they have guile,
And they’ll park their laden trolley in the supermarket aisle
Not parallel, but crosswise, so blocking off your route
As they dither over vegetables and dally round the fruit.

Trolleyhogs are clever: they can sense, from far away,
The place they should be stationed to cause the most delay.
Where aisles are at their narrowest, that’s where they’ll meet a friend
And talk about the weather. Cor, it drives you round the bend!

Trolleyhogs aren’t focussed, they’re in a dreamlike state
Until you want to pass them, when their trolley will rotate
As they spot the very thing they didn’t know they needed.
They’ll then do all they can to ensure your way’s impeded.

Trolleyhogs will strike when nobody expects it
And drive all other shoppers in frustration to the exit –
Survival of the fittest! Red in tooth and claw,
A trolleyhog attack will clear the busiest store.

But I have a wicked wheeze to thwart their evil plan
Of blocking shoppers’ movements by whatever means they can.
I’ll grab the mike in Sainsbury’s: “In Tesco’s,” I will shout,
“The aisles are flowing freely and there’s room to move about!”

They simply can’t resist an aisle that’s blockage-free:
It’s like a red rag to a bull, or nectar to a bee.
They’ll turn around and hurry to the exit without stopping,
And go and clog up Tesco’s – then I can do my shopping!

(Actually, of course, by this time a Sainsbury security person would have appeared and offered to do something interesting with my own trolley and my neck. I’d claim poetic licence, but I doubt it would work.)

This entry was posted in GeoVerse and tagged Life, People, Shopping. Bookmark the permalink.