On the naming of dung-stones

The geologist, mineralogist, and determinedly eccentric Reverend Willam Buckland (1784–1856) was the first to give a name to a type of fossil about which his colleague, Dr. William Wollaston, believed Georgian England would probably have preferred not to talk. 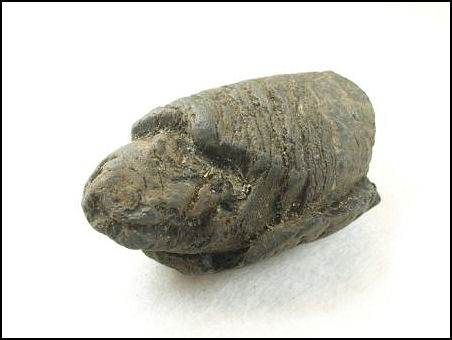 You’ll know them when you see them, for they look like what they are.
Of various shapes and sizes, but the fanciest by far
Are the curious stony spirals, which young Mary Anning’s eyes
Picked out among the ichthyosaurs whose bones lay in the Lias.

“Well, what d’you make of these,” she asked a visitor to Lyme –
Bill Buckland, who would help her out whenever he had time.
Now Mary was a curious girl: she’d found inside these stones
The fossilised remains of ancient fishes’ scales and bones.

Bill wasn’t one to tiptoe round indelicate ideas.
When Mary handed him her finds, he said, “Well it appears
They’re stony . . . and what’s more, I think they quite resemble dung!”
And into his collecting bag these curious things he slung.

He sent some off to Wollaston, to get them analysed.
“They’re rich in phosphate,” said the Doc, “But you’d be well advised
To watch your reputation, lest it crumble into pieces
By getting close and personal with animals’ old faeces.”

But Buckland didn’t care: he was eccentric, and he knew it!
If something scientific needed doing, he would do it!
“These things are useful,” Buckland thought. “They show what sort of food
Their owners once had preyed on, caught, and gobbled up and chewed.”

This entry was posted in GeoVerse and tagged Coprolites, Fossils, Geologists, Geology. Bookmark the permalink.