MSW and the Bluebell Railway

You can’t just dive in with a digger and a truck to move a rubbish tip, not when it’s designated Municipal Solid Waste (MSW) anyway, as the Bluebell Railway in Sussex found to its cost (around £3.5 million). 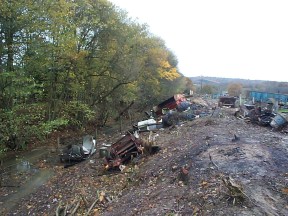 Municipal Waste, when it is Solid,
Is “MSW”, and it is horrid.
And if you want to have it moved,
Its risk potential must be proved.
A case in point is worth a mention:
The Bluebell Railway’s planned extension.

When Doctor Beeching’s axe came down
On Sheffield Park to Grinstead town,
The cutting north of Kingscote station
Looked like an open invitation.
It soon became the ideal place
For councils needing dumping space.

Filled to the top with this and that,
Plastic bags, old tyres and tat –
A hundred thousand cubic metre
Clay-topped pile (to make it neater).
But Bluebell’s doughty volunteers
Said, “We will shift it in ten years”.

Environmental Planning rules,
Complex risk assessment tools,
Weighing up the key statistics,
Working out the job’s logistics –
All this and more had to be done
Before the clearance was begun 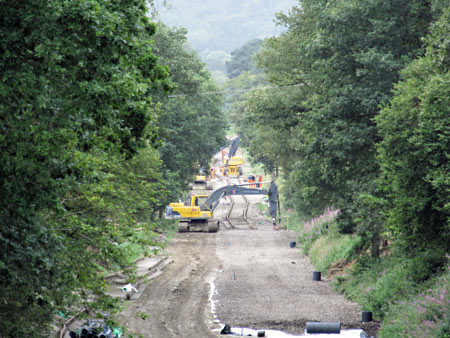 Then ninety thousand tonnes of stuff
Was taken out. It left enough
To modify the track profiles
Along the Bluebell’s last two miles.
And it will open, so they say,
In March next year*. Hip, hip, hooray!

This entry was posted in GeoVerse and tagged Bluebell Railway. Bookmark the permalink.