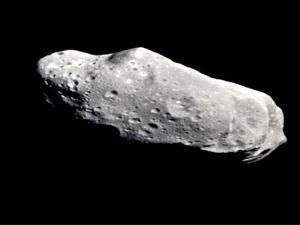 A hundred-and-thirty thousand tonnes of Solar System scrap
Is heading fast in our direction. But don’t get in a flap:
Astronomers have done the sums and confidently say
It’ll come much closer than the Moon, but everything’s okay.

[Later note: Phew – they did get it right! But they hadn’t spotted another asteroid, a third of the size of 2012 DA14,  that did enter Earth’s atmosphere that very day. It disintegrated over Chelyabinsk, some 1500 km east of Moscow, the shock wave shattering windows and causing many injuries but no deaths.]

This entry was posted in GeoVerse and tagged Asteroids, Astronomy, Earth, Solar system. Bookmark the permalink.