South East of England sea users have identified 31 areas that need protection against damage from human activity such as dredging for gravel. Of the 31 proposals they have put to the government, 17 were flagged as being at ‘higher risk’. But of these, the government is considering only 7 for designation as Marine Conservation Zones in 2013. This poem explains how the cuttlefish, one of the many creatures and organisms that live in the sea off the Sussex coast, is much more than a bony treat for caged birds. 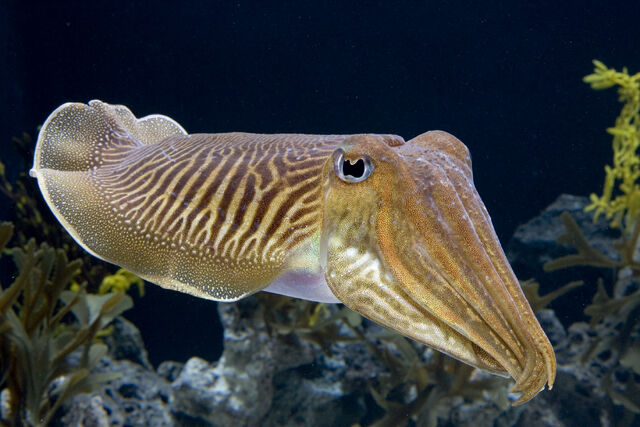 A cuttlefish has got three hearts –
One more than Doctor Who!
But what they pump is not blood-red;
Instead, it’s greenish-blue.

Their cuttlebone gives buoyancy
(Without it, they’d be squid),
And they can camouflage their skin
To disguise where they are hid.

If predators appear, and think
They’re something nice to scoff,
Their ink sac squirts a jet-black cloud
Which rather puts them off.

They’re really quite remarkable,
With W-shaped eyes,
And tentacles to grab their prey
And spit to paralyse.

So let’s conserve their habitats
Off Sussex by the Sea,
And let’s not dredge their special spots –
Let cuttlefishes be!

This entry was posted in GeoVerse and tagged Conservation, Cuttlefish. Bookmark the permalink.