The human brain evolved to help our ancestors survive all that Nature flung at them. And it’s done it by setting up models of what it perceives, in an attempt to remove the mystery of cause and effect. But it’s not got the bits of brain that would let it grasp with certainty such things as what’s before the beginning of time, or after the end of it; or what’s outside the edge of the universe. I wouldn’t be without mine, but it does have its limitations. 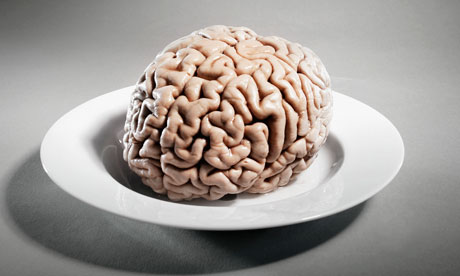 The brain seeks explanations:
It does the best it can
To guess what’s really going on
So it can make a plan.

Scientific man would say:
“For rational explanation,
Experiment, and so obtain
Sufficient information
To set up a hypothesis.
Then, if it tests ok,
Accept your theory. Thus, it seems,
The mystery’s gone away!”

And so it has – till someone else
With better kit, maybe,
Repeats the test and finds there is
A small disparity
Which means ideas must be revised;
New models must be found,
And what was once a ‘natural law’
Is now a tad unsound.
We should, in all humility,
Admit our grey-goo noddles
Can’t grasp reality itself,
However good our models.

Our hunter-gatherer forbears used
The same approach. They sought
A causal link from A to B,
But found a different sort:
Had things they’d done, or said, or thought,
Brought trouble or success?
Was something watching every man –
A ‘spirit’, at a guess?
And could this ‘spirit’ be provoked,
Appeased, or brought on-side
By sacrifice or ritual
Most carefully applied?

“Why yes,” said shamans, chiefs and kings
(Whose stature had been grown
By claiming that the spirit-world
Should deal through them alone.)
And so religious man evolved;
But still, inside their noddles
Was not reality itself
But just imperfect models.

The brain seeks explanations:
It does the best it can
To guess what’s really going on
So it can make a plan.

This entry was posted in GeoVerse and tagged Brain, Reality, Religion, Science. Bookmark the permalink.