An earworm is a piece of music that you can’t seem to get out of your head. But, if you believe research that was published in 2013, there are ways of dealing with them . . . 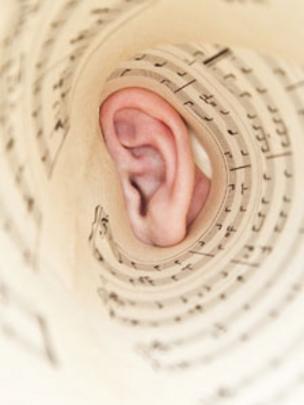 It’s gone in much deeper than earwax,
So warm olive oil can’t get through;
An antibiotic won’t touch it,
And surgery just will not do.

MRI, ultrasound and CT
Will fail to pinpoint its position.
(Where earworms hang out is a mystery
To even the greatest physician.)

So, can you get rid of an earworm?
Does anyone know of a way?
Or should I just try to ignore it
Until the thing just fades away?

But then there’ll be room for another
On my endlessly cycling tape!
It’s a chronic condition, earwormery,
Is there any hope of escape?

Oh yes, there is, says a scientist*:
Solve a five-letter anagram, say,
Or read a good novel as brainwork,
Then the earworm will vanish away!

This entry was posted in GeoVerse and tagged Earworms, Music. Bookmark the permalink.